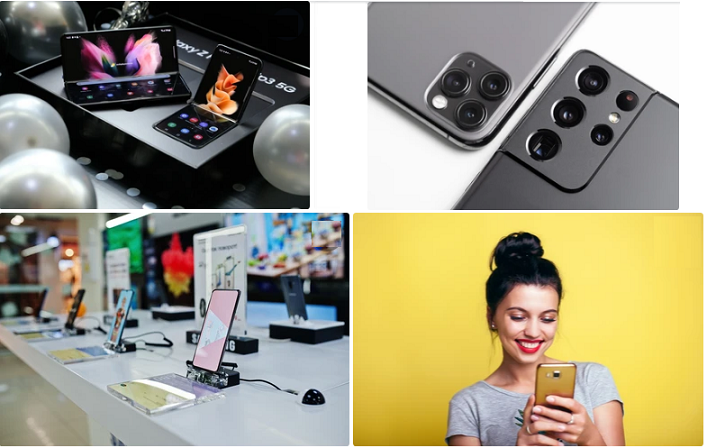 Samsung is one of the leading mobile phone companies that offer a wide range of smartphones from varied price ranges. Since the first release of the smartphone in 2009, they never stopped giving the tough competition to Huawei and Apple. In the year 2022, they have already prepared the launches of incredible, updated, advanced, and stylish Samsung mobile phones in Pakistan. The best thing about new 2022 upcoming launches is that they will be mid-range phones with amazing features. If you want to upgrade your Samsung mobile phone with the latest launch, let us tell you about the upcoming release this year. We have spruce down the list of Samsung upcoming phones 2022 with specifications, expected price, and expected release date. These details help you choose the Samsung new model 2022 as per your budget and required specs.

Samsung is going to add a new Galaxy M23 to its successful M-Series, on the expected release date of 2022, 31 May. It will be a mid-range Samsung mobile phone, having all advanced specs and configuration for powerful performance. When it comes to its top-notch specs, you will find a 1.8 GHz Octa-core processor, Adreno 619 GPU, 4 GB RAM, 128GB internal memory, and more such advanced specs. Moreover, the triple camera setup, featuring 50MP + 8MP + 2MP, will allow it to capture HD-quality pictures and video. The heavy-duty processor will allow multitasking without any glitch in the speed. It will come with 6.6 inches big screen with 1080 x 2408 Pixels to provide the best experience. When it comes to the expected Samsung Galaxy M23 price in Pakistan, only Rs 44,999/- will be the tag on this smartphone.

On the 5th of April 2022, the Galaxy M53 will be in the market to lead the latest Galaxy M-Series. It is also a mid-range phone because it will only cost Rs. 69,999/-. However, Samsung has added all-advanced specs and features to this smartphone to make it a highly engineered newcomer in the market. The dominant features include MediaTek Dimensity 900 5G Chipset, Android 12 OS, Octacore processor, ARM Mali-G68 MP4 GPU, 6/8 GB RAM, and 128GB Built-in memory. In addition, it has an AMOLED Capacitive Touchscreen display of size 6.7 inches to provide amazing results. Most people consider a camera for choosing the best smartphone, so its quad-camera setup will make it the best choice for them. It will have 108MP + 8 MP + 2 MP rear cameras and a 32 MP front camera for the perfect selfie.

According to teasers, Galaxy A73 was going to be launched in February 2022. However, it is still on releasing soon list. Its incredible specs, mid-range price, and the powerful result will make its launch successful. It is the upgraded version of Galaxy A72, so you will find amazing updates in this new galaxy model. The featuring specs will include Qualcomm Snapdragon 778G chipset, ARM Mali-G68 GPU, 8GB RAM, 128GB built-in memory, 6.7 Inches Super AMOLED Plus Capacitive Touchscreen, and more. When it comes to its camera specs, the quad-camera setup on the rear camera and 32MP front camera provides the best camera result. The highlighting feature will be its huge and powerful battery of power 5,000mAh. All of these specifications in a stylish mobile look will cost only Rs. 101,999.

The Launch Date of the Galaxy A53 will be April 2022. It is the successor of model A52s from the Samsung A-series. If you are looking for reasonable yet high-specs Samsung mobile phones in Pakistan, you should wait for the launch of this galaxy phone. The top features of this smartphone include a 2.4 GHz Octa-Core processor, 6.5 inches AMOLED Capacitive Touchscreen, 6GB RAM, 128GB internal memory, quad-camera setup, and much more. The high-power processor will allow the user to multitask, play heavy games, and enjoy streaming with amazing processing speed. Therefore, experts highly recommend considering the purchase of this smartphone from the launch of upcoming Samsung mobile phones in Pakistan. The Samsung Galaxy A53 price in Pakistan will be Rs. 53,000/-.

According to rumors, Samsung is going to unveil the newest, smartest, and most affordable galaxy A33 under their A-series lineup. It was expected that it will release in March 2022, but it is still in the line of launching soon. When you go through its specs and features, you will find all the amazing and advanced configurations in the list. It includes a Super AMOLED Capacitive Touchscreen display, Exynos 1280 SoC chipset, 2.0 GHz Octa-Core processor, 8GB RAM, 128GB internal memory, 1080 x 2400 Pixels resolution screen, Quad camera setup, and more. The quad cameras include 48 megapixels wide, 8 megapixels ultrawide, 5 megapixels macro, and 2 megapixels depth to provide HD quality, clear, and focus camera results. The plus is its optical fingerprint reader which discourages unauthorized invasion into the phone. According to rumors, the Samsung Galaxy A33 price in Pakistan will be Rs. 59,999/-

Samsung Galaxy F23 is going to be unveiled in July 2022, but it is gaining hype for its amazing features and reasonable price. It will be available in only a single variant, i.e., 6GB RAM and 128GB internal memory. However, other features complement the performance of this Galaxy mobile phone. It features a 48MP Quad rear camera and 13 MP selfie camera to provide phenomenal camera result, whereas 6.4 inches screen with 720 x 1600 pixels resolution improve the display quality. It has Snapdragon Chipset with a high-powered GPU to ensure the best mobile performance. According to rumors, the Samsung Galaxy F23 will cost around Rs. 47,999/-.