Squid Game Season 2 is Soon to be Launched by Netflix 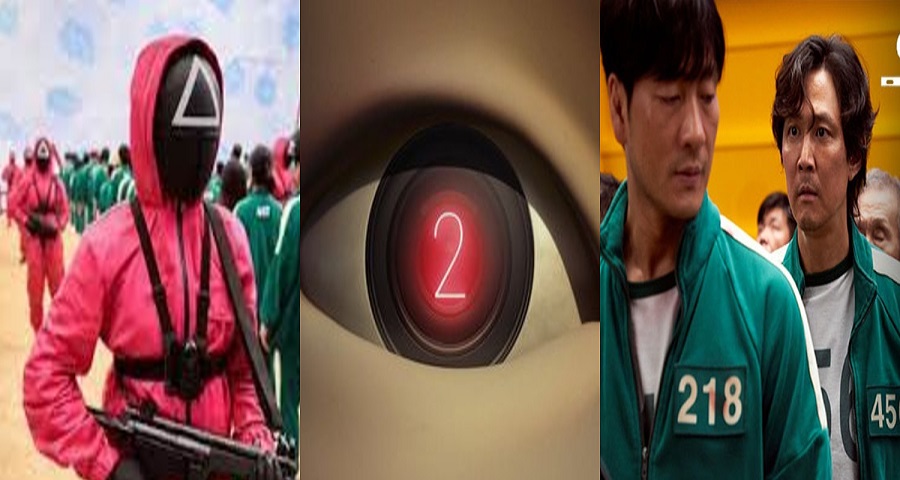 The wait is over. Squid Game Season 2 is here and it’s ready to amaze you more than ever. The South Korean series swept the world by storm after its premiere last fall. The show surpassed Netflix streaming records, won several accolades, and propelled its ensemble to international fame. According to director Hwang Dong-message, hyuk’s Gi-hun and the mysterious Front Man will return in the second season. “The man in the suit with ddakji could come returning,” according to the letter, and we’ll also meet Cheol-su, Young- Hee’s Boyfriend. 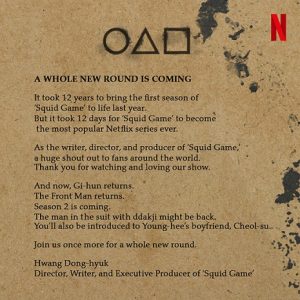 “It took 12 years to bring the first season of Squid Game to life last year,” writer and director Hwang Dong-hyuk writes in a message to the show’s viewers. Squid Game, on the other hand, just needed 12 days to become the most popular Netflix series ever.”

The Korean series became Netflix’s biggest series ever at launch. Last year, Hwang said that he was in the “planning process” of developing season two, while Netflix co-CEO Ted Sarandos said, “the Squid Game universe has just begun.” In other words, we all pretty much knew season two was coming, but now it’s official.

In an interview, Hwang told Vanity Fair that the second season of Squid Game will be released by the end of 2023 or 2024, and would have more devious games. So, if you want to see what kind of problems Gi-hun gets himself into next, you’ll have to wait a year or two. So, let the game begin as soon as it is ready for the Netflix to show the Squid Game Season 2.