Telenor Pakistan established GameBird, Pakistan’s first and only Esports platform, to help the country’s gaming environment. The inaugural ceremony was place at Telenor’s 345 campus and was attended by some of the industry’s greatest figures. The event’s keynote speaker was former women’s cricket team captain Sana Mir. Pakistan’s best Esports pros, including Arsalan Ash, Haseeb nicknamed HSB, Amu Shahid, and members of House of Blood, were present.

GameBird is Pakistan’s first platform that offers online gaming competitions with AAA-rated partners, with a monthly digital footprint of over 50,000 active players and 140,000 unique users. Video game fans may now live broadcast and participate in tournaments, acquire high-quality gaming items, read news, and much more. GameBird, Pakistan’s best gaming platform, strives to build a community and give opportunities for outstanding players to demonstrate their abilities. Furthermore, the players have access to international gaming venues to display their skills. 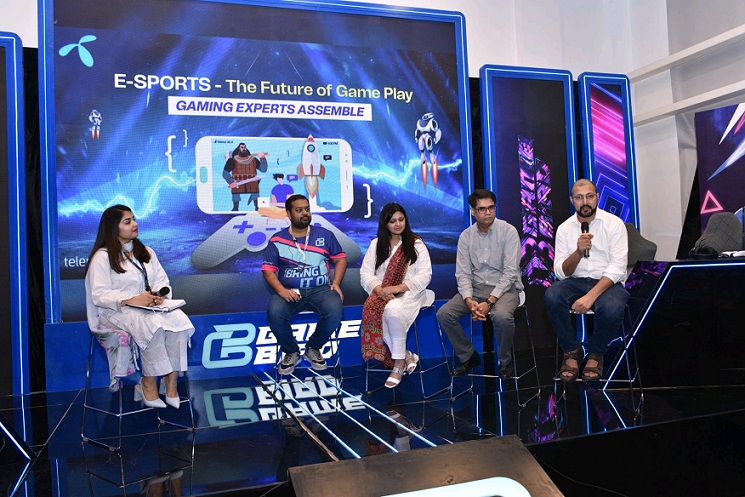 Esports is now one of the most popular sectors in the world, particularly among young people, and Pakistan is quickly catching up. The Pakistani Esports ecosystem is believed to have more than 55 million users and 33 million gamers, contributing considerably to the $200 billion worldwide market. GameBird, which is intended to be a one-stop shop for all gamers, has already staged more than 60 tournaments and 20 broadcasts during its testing period.

“Pakistan’s online gaming business is flourishing, and we have launched GameBird to boost the countrywide gaming community,” said Irfan Wahab Khan, Chief Executive Officer of Telenor Pakistan. It was created to help us achieve our goal of going beyond connection and bridging the gap between local talent and global prospects, putting all of the intriguing features of gaming within their grasp. Game aficionados around the nation will be able to explore other revenue sources via GameBird, making it the first and only platform of its type in Pakistan.”

The launch event also featured a panel discussion titled “Esports: The Future of Gameplay,” in which game creators discussed the fast expanding condition of the business in Pakistan, as well as the importance of producing local games. Furthermore, the panel examined the possibilities of game jams in Pakistan. A “Clash of Titles” gaming event involving elite players was held in addition to the panel discussion. The event finished with prize distribution for past GameBird tournament champions.

New Sony PS5 Model Worth Buying or Not

Google and The Gaming Growth Lab in Pakistan