Zia Mohyeddin to Stage Romeo and Juliet in Urdu 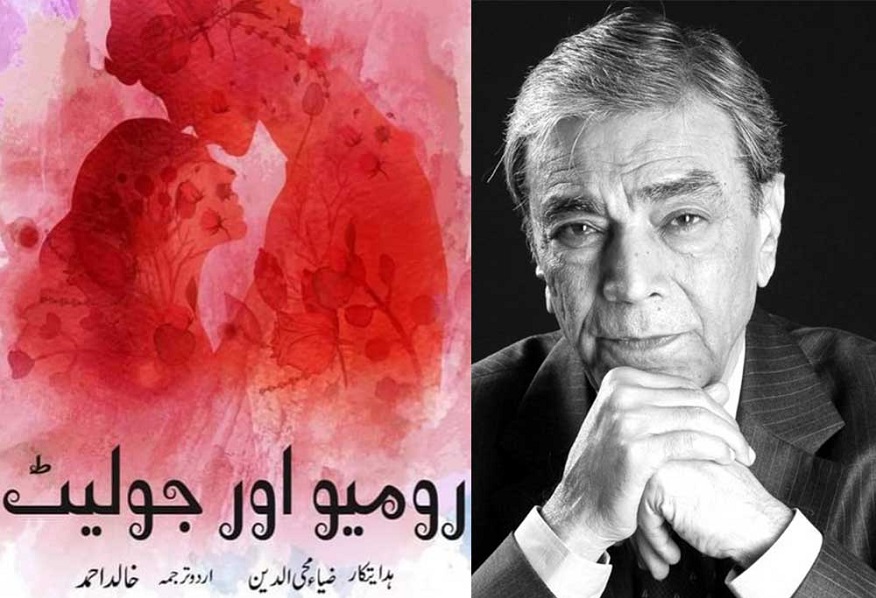 Romeo and Juliet will be performed in an Urdu translation at the National Academy of Performing Arts (Napa) beginning on June 17 and running for ten days (June 26).

At a press conference on Thursday night, this information has been released. This play is translated by Khalid Ahmed, Veteran actor and head of the Napa theatre department. The well known TV actor, writer and director  Zia Mohyeddin is the directing this play. The main cast of the play includes Noreen Gulwani acting as Juliet and Ali Sher acting as Romeo. Other Cast members include Fawad Khan, Farhan Alam, Bakhtawar Mazhar, Aqeel Ahmed, Zarqa Naz, Samhan Ghazi, Rahil Siddiqui and Amir Naqvi.

Mr. Mohyeddin explained the play’s wonderful love poetry to Dawn when discussing the performance. “There are a few reasons for staging the play,” he remarked. The play’s original title was A Lamentable Tragedy of Romeo and Shakespeare, which I feel is important to highlight. It was renamed Romeo and Juliet at the start of the 20th century. It’s odd that no one revised Shakespeare’s play for 150 years after his passing.” Mohyeddin praised Ahmed’s translation of the play, saying that there were many poems in the play with similes, metaphors, and symbolism that could not be easily converted in a second language, but Ahmed took great care to preserve the aesthetic elements of such figures of speech in his translation by using such similes and metaphors that had connection with our poetic tradition.

To give an example, he said Shakespeare’s line “I’ll say yon grey is not the morning’s eye/ Tis but the pale reflex of Cynthia’s brow” was translated by Ahmed as “Ye to Surraiya ke abro ki afshan hai jo bekhar rahi hai”.

NAPA has staged four plays by Shakespeare in the past. Ishtehaari is their marketing partner, and tickets are merely Rs. 1000, while student tickets are Rs. 600. Shakespeare’s Romeo and Juliet is a well-known piece, and it promises to be at its finest under the direction of Zia Mohyeddin.