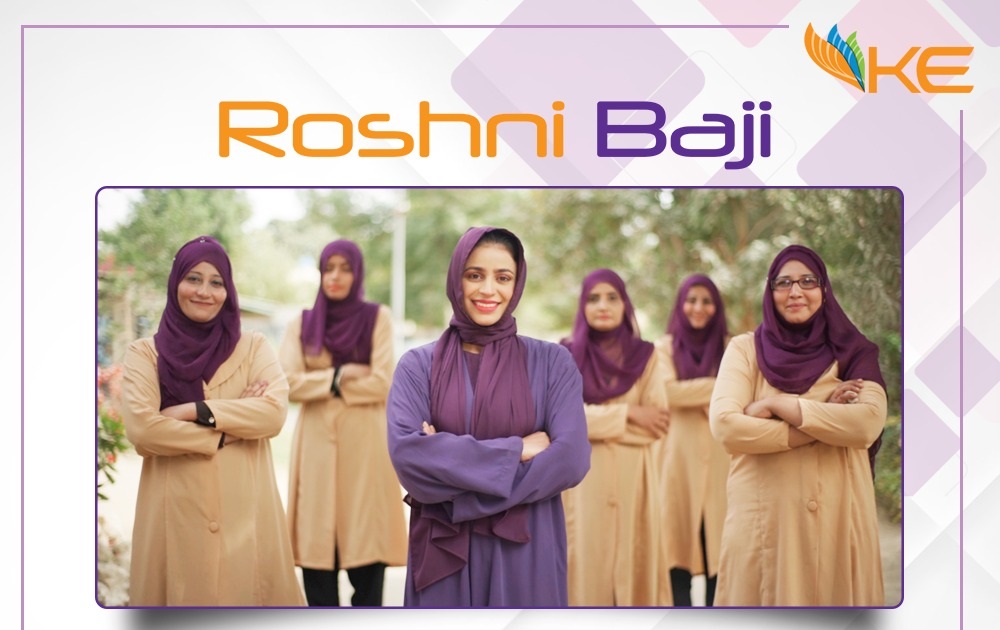 Since 2021, Roshni Baji has been engaging citizens across Karachi’s most densely inhabited regions, promoting awareness on the basic concepts of general safety, electrical safety, rain safety, power theft threats, and energy saving. The first cohort of 40 women was inducted in February 2021, while the second batch of 60 women began their activities in November.

These ladies have together reached over 380,000 houses in Karachi, teaching the people on how to utilize energy safely in their homes. Inside buildings, faulty or improvised wiring is a primary source of harm and a serious risk to the public. Many of these instances may have been easily avoided if locals had been properly sensitized and educated. The Roshni Bajis have picked 40 women in the communities where they work to serve as “Mohallah Safety Champions,” spearheading the campaign to instil a culture of safety among their peers long after the Roshni Bajis have concluded their drives.

The Roshni Bajis and Mohallah Safety Champions are only one facet of a comprehensive, company-wide strategy on safety. Across Karachi, theft of electricity through kundas and illegal wires continues to endanger citizens causing injury and even death. KE’s teams are regularly met with resistance from residents who feel entitled to steal electricity. Over 200 occurrences of electrocution were reported in Karachi between 2021 and 2022, KE’s distribution field personnel are continually undertaking kunda eradication efforts. Only a few weeks ago, crews in the Lyari and Baldia localities eradicated approximately 4,500 kg of kundas in a single day.