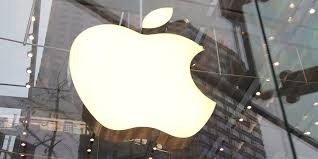 If there was ever an evidence of how Tech has fallen from grace – and portions of the old economy have returned – here it is:

Aramco, Saudi Arabia’s state-owned oil firm, has overtaken Apple to become the world’s most valuable business. In a first since 2020, the oil giant reclaimed its throne, closing Wednesday with a market valuation of over $2.43 trillion. Meanwhile, Apple shares declined, bringing the company’s capitalization to $2.37 trillion. Apple’s stock has dropped approximately 20% since it began the year with a $3 trillion valuation. Despite the “mostly symbolic” move, Aramco has benefited from a recent increase in oil prices, whereas Apple has been damaged by the current tech slump.