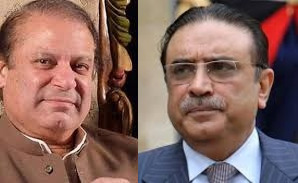 According to ex-president Asif Ali Zardari, Pakistan would hold general elections only once the government implements electoral reforms. During a press conference the ex-president said that “Electoral and NAB reforms are included in our game plan,” further saying that if elections are held before reforms, any administration that comes to power would have the same problems that the previous and current governments had. When asked about lt-Gen Faiz, Zardari has said he will not salute former ISI chief, saying he has been “sidelined” from the armed forces.

While Defence Minister Khawaja Asif also hinted at early elections by saying, “It is possible that we hold elections before the [new] Chief of Army Staff’s appointment.” Furthermore, Lt-Gen Faiz Hameed’s name may be considered for the post of Chief of Army Staff if his name is on seniority list, Khwaja Asif has said. “This process should 100 per cent be based on merit,” he told BBC Urdu.